So the kiddies are all finally out of school for the summer. Horray! This is going to be a whole new level of stress being her first summer with me. I don’t think she’s quite caught on to the concept of “adults don’t have summers off” yet. I’ve been looking for summer day camps & activities for her so she’s not at home all day (Lord knows what could happen then!). But I have had no luck. This would be so much easier if she were a little kid, but so would everything else!

Tonight she has a friend over, one I’m not particularly fond of, so I got to make everyone dinner and sit in the living room alone all night. Boy this summer will be sooo fun… not.

Well I had the inevitable “talk” with Amy last night.
She’s a very smart girl and her knowledge of safe sex surprised me. Although it shouldn’t have because I know she’s very intelligent.
Unfortunately I found out some things that I’m not too happy about and ultimately have to keep a closer eye on her. We’re going to the doctor on Friday so she can get protection. My baby sister is on birth control now… What a strange feeling.
I distinctly remember my mom taking me to that same doctor to get birth control. I was the same age, so I know what’s going on in Amy’s mind. The struggle between being a kid and an adult, the fear of becoming a teenage parent, the acceptance you feel after losing your virginity to the one you “love”. What a difficult time.
However, I didn’t realize how difficult of a time my mother had with this particular time in my adolescence. I definitely get it now. Luckily, Amy and I had a great talk. Very open and honest. She obviously had a lot of questions and I had a lot to say.

I think we both grew up last night.

What is wrong with teenage girls these days!?
All the stuff you hear on the news about girls being arrested for cyber bullying and texting terrible things to each other makes me sick, I never thought I’d have to discipline my own sister about how to freaking treat people! It’s one thing to get in an argument but to harass each other because “she said ____ to my friend” is just wrong!

I can’t say I’ve ever been so disappointed in her before.
And what do I do about it? She told me about it and it was after the fact, so can I really punish her? What would even be appropriate?

Now she says she’ll never tell me anything again! What am I supposed to do? I can’t be “cool” and just blow it off because it’s WRONG but I want her to talk to me and be open with me about it. 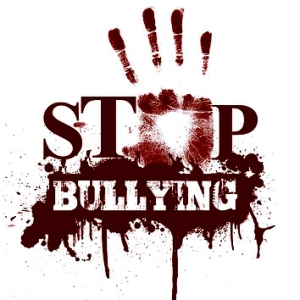 This is going to be a quick post because I have to leave for me INTERVIEW in 10 minutes!!

This is the second time I have applied to be a 911 operator for my county and get to start the testing process of the interview today! I’m so excited that I just had to share with everyone and ask you all for your good thoughts and prayers!

Last year I got through phase 2 and failed and was really discouraged, so this time around I hope I can get through it. If I can just past phase 2 it should be smooth sailing because it’s just the psychological exam… maybe not so smooth sailing there 😉 Then it’s the official interview then I start my 4-6 months training!

This job can really open some doors for Amy and myself. Please send your good thoughts, leave them in a comment, rate this post, pray for me, whatever you chose. Thanks for much for all of your support guys!!!!!

So I’ve been on this new kick… How many of you have seen the new show on TLC called “Extreme Couponing”? I LOVE IT!!
These people are absolutely insane and spend no quality time with their children or spouses and clearly don’t have to work, but hey, that’s overrated anyway… 😉

I’ve been reading about it online and I think I can do this (on a much smaller scale). Today I browsed some coupon clipping websites and printed out a few that I use regularly. I also checked my local stores websites to see what’s on sale right now. I think I’ll have to start buying the Sunday paper, too, so I can get some good manufacturer’s coupons. So far I have a good chunk of change in savings. I’m getting a bag of Pedigree dog food for Diesel for $6 off the regular price, which is pretty sweet!

What’s even better, if I get really, really good at this little venture of mine, I can hold classes, seminars, blogs, etc to teach others how to become hooked on clipping and hoarding coupons till their little fingers fall off! I think it could possibly turn into a business venture as well as a hobby/obsession. What a cool way to make money, right?

I’M LOOKING FOR COMMENTS ON THIS ONE GUYS!! 🙂
What are your favorite coupon websites?
Do you coupon?
Have any tips/tricks for me?
Think it’s stupid?
LET ME KNOW!!!!!

So Amy has had a fever for the past 3 days. It’s been up and down between 99 and 103. Today I thought she was well enough to go back to school, but I quickly found out that I was wrong. The school nurse called right as I was pulling into work to tell me that her fever was too high to stay in class.

So I call into work late so I can pick her up, but instead I end up taking her to the Urgent Care that’s about 15 minutes from the school. (Which, of course, took me about a half hour of driving around town to find the damn place because I am no longer used to living in this city).

After getting Amy checked into the Urgent Care and being seen my the medical assistant, we both started to get a little giggly, like we both do at the most inappropriate times. The doctor… (who was wearing socks with sandles… REALLY!? I mean, I know this is Washington state, but seriously, that’s just not a good look on ANYONE!)… comes into the room and starts checking Amy’s throat and lungs, etc. Neither of us can help but laugh while he’s poking her. It’s just awkward!

Anyway, the doctor was pretty cool about it all and cracked a couple of jokes, although I refrained from the socks/sandles jokes because I didn’t want to sound rude… Overall it wasn’t such a bad doctors visit. Until we got the news.

Yup, Amy has strep throat.
They gave her some penicillin and steroids, however she’s very contagious and he said I will most likely catch it. I figure it’s probably less likely now that we have our own rooms in our new apartment, but this is NOT the house-warming gift I was expecting!!! (Thanks Amy and whichever snotty little kid spread this bacteria around… I really appreciate it.)

So because my boss would not let me come into work today (because I am a care taker for a person with special needs and they don’t want anyone getting sick over there), I am staying home today, taking care of Miss Amy. Lucky girl, she gets to lay under the blankets all day while I bring her juice, medicine and her food.

I better get this kind of treatment if/when I catch it too!!!

Fellow Bloggers, I have finally moved what I’m pretty sure are 100 sexually reproducing boxes of my crap that I have collected over the past 21 years into my new place I now call home. We found a cute 2 bedroom apartment, close to work and school that accepted my dog.
Their exact words were “any size, shape or breed as long as they don’t eat your neighbors or my staff”. Fair enough, right?… It’s a little more than I’d like to pay, but what isn’t these days? It’s not like I pull into AMPM and think “YES, GAS JUMPED 5 CENTS SINCE THIS MORNING! SCOOORE!”

You get the point…

I’m sure lots of you have moved before but boy it is hard work! And why is it that your teenager waits till 2 seconds before you start working to get hungry or tired? I mean, really?
But I had a ton of help from three of my wonderful friends. I couldn’t have done it without them!! So I’m thanking

my lucky stars that my terrifying insa

Good night for now, world. Here is a picture of my pit bull, Diesel, sleeping to send you off into dreamland.

Next Page »
raisingmyteenagesister
Blog at WordPress.com.